Honda is the latest automaker to announce it will eliminate all production of internal combustion engines with a plan to go all-electric by 2040. Not electrified (i.e. hybrid), but 100 percent battery- or fuel-cell-electric in a little less than 20 years from now.

Don’t worry, we still have a little while to enjoy Honda’s fantastic gasoline engines before they hit the endangered species list. The ramp-up is truly that: It’ll take a little while to start, but then it’s really going to go. Honda’s plan is to have battery-electrics (BEVs) and fuel-cell-electrics (FCEVs) account for 40 percent of North American sales by 2030, 80 percent by 2035, and 100 percent by 2040.

Though it’s a while off, this is still a surprising announcement from an automaker that currently has no EVs in its North American lineup (we’re denied the nifty Honda E) and one FCEV, the Clarity Fuel Cell. With only 89 miles of range, the BEV version of the Clarity was poorly received (ridiculed, actually) and Honda pulled the plug on it in 2019.

So what’s the plan going forward? Honda is developing two large battery electric vehicles in conjunction with General Motors, using GM’s Ultium battery tech. One will launch as a Honda model and the other as an Acura for the 2024 model year, which means we should see them about a 18 months from now.

Meanwhile, Honda is developing a new dedicated electric platform called e:Architecture, which will spawn EV models that will go on sale in the second half of the 2020s, first in North America and then in the rest of the world. The company is also researching solid-state batteries, which it hopes will be ready for production in the same timeframe. Honda is also investing in electric-powered motorcycles. 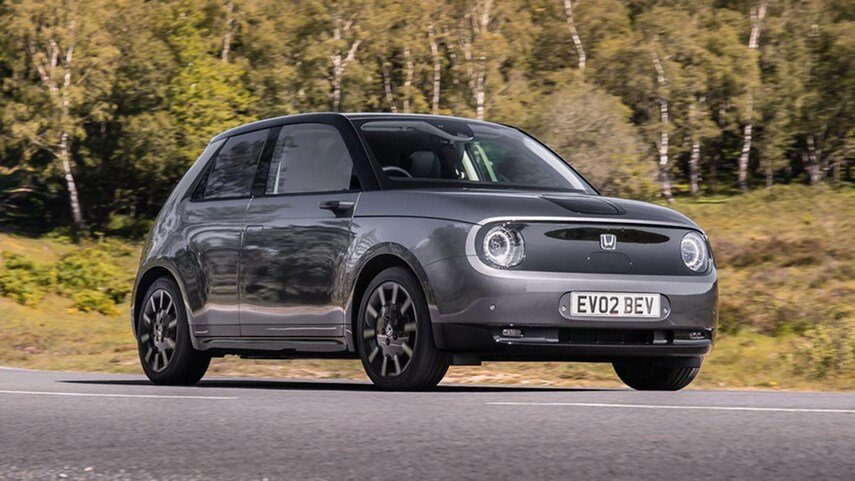 Honda has also committed to the future of hydrogen, which it sees as a viable solution not just for passenger cars but for commercial trucks and stationary and mobile power sources. (Imagine one of those little Honda generators, powered by hydrogen.)

As part of the same plan, Honda has announced its goal of dropping crash fatalities in Honda vehicles to zero by 2050—a goal that includes motorcycles as well as cars. Honda is developing what it describes as an “omnidirectional advanced driver-assistance system (ADAS)” which it will fit to all of its vehicles by 2030.

Honda’s development of advanced emissions technologies has been something of a quick-slow-slow. In the mid-1970s, when Detroit was moaning about the cost of catalytic converters needed to meet new emissions regulations, Honda introduced the CVCC engine in the 1975 Civic, which met the standards without a converter. Honda was also an early enthusiast of variable-valve timing with its legendary VTEC engines.

In the electric and electrified world, Honda’s EV Plus of 1997-1999 pioneered the use of NiMH batteries, and Honda fitted it with a company-designed fuel cell stack to create the hydrogen-powered FCX. Honda’s two-seat 2000 Insight beat the first-gen Toyota Prius to market by a few months to become the first mass-produced gas-electric hybrid sold in the U.S., but the market seemed to think Toyota had the better formula, and the Prius soon eclipsed the Civic Hybrid in both fuel economy and sales. The 2005 Honda Accord Hybrid‘s mission to prove that hybrid drivetrains could produce socially-responsible muscle cars was largely misunderstood.

Since then, it’s all gone a bit downhill: In California, Honda introduced the hydrogen-powered Honda FCX Clarity seven years ahead of the Toyota Mirai, and the second-gen version is still in production, yet Honda’s FCEVs do not seem to have achieved the popularity of Toyota’s. As mentioned earlier, the  Honda Clarity Electric was a flop.

Nowadays, when Honda moves slowly, the results are always worth waiting for. The hybrid powertrains used in the Accord and CR-V hybrids are excellent, as is that of the current Insight, but the company’s early stumbles allowed Toyota to become most closely associated with hybrid technology. Honda was slower than many of its competitors to embrace the small-displacement turbocharged engine, though Honda’s turbos have proven to be well worth waiting for.

Honda is joining an ever-increasing number of automakers pledging to eliminate internal-combustion engines. Jaguar has vowed to become an “all-electric luxury brand” by 2025 (though corporate partner Land Rover will continue to sell ICE vehicles through 2035). Bentley and Volvo will be all-electric by 2030, and GM says it will probably be all-electric by 2035 unless the market demands otherwise. They will join brands like Tesla and Rivian that have been all-electric from day one.

Honda has given themselves a lengthy timeline for the changeover to electric, and we’re sure consumers will benefit from maturation of the technology. Still, Honda has given us some of the finest four-cylinder and V-6 gasoline engines ever developed. Savor them while you can—you’ve got just under two decades.